Working to ban #KillerRobots, here are our top 10 favourite moments of 2019

Working to ban killer robots — weapons systems that would select and engage their targets without meaningful human control — is not the sort of job that most people would think could be fun. Fair enough; it may not seem like a positive topic.

But the Campaign to Stop Killer Robots has had a massive year, and looking back there were a lot of fun bits! Sure, the diplomatic process is moving slowly and with plenty of willful obstruction from states who are investing heavily in developing killer robots, but there is plenty to be hopeful about.

10. We had not one, but two amazing pop culture moments this year!

The powerhouse TV show Madam Secretary took on the challenges of killer robots, with the White House faced with the choice to deploy autonomous weapons or an elite SEAL team to take out a known adversary. President McCord (Tea Leoni) made the right call on killer robots, deciding they were a line she didn’t want to cross. 👏👏👏

And President Trumball (Morgan Freeman) got up close and personal with a swarm of #KillerRobots when he and his team were attacked in the blockbuster Angel Has Fallen. Seriously, governments need to ban these already! ⬇️

So the United Nations Secretary-General, Mr Antonio Guterres, said this in 2018… ⬇️

“Tomorrow, killer robots could take the place of soldiers. We must ban all autonomous weapons. Machines that have the power and discretion to kill without human intervention are politically unacceptable and morally despicable.

How is it imaginable that technological “progress” could lead to regression in human rights? We should instead be ensuring that artificial intelligence is used to guarantee that everyone can live in dignity, peace and prosperity.”

It’s a pretty big moment when the person who is leading the UN calls for new international law to ban fully autonomous weapons… because that’s what we’re calling for too!

8. That time we went to Berlin!

We had campaigners join us from all over the world while we asked the German government to follow through on the calls of Foreign Minister Heiko Maas, who said,

“We want to want to codify the principle of human control over all deadly weapons systems internationally, and thereby take a big step toward a global ban on fully autonomous weapons.”

And we had a pretty cool photo-op. 🤩

7. “Scouts are not just the leaders of tomorrow, they are the changemakers of today”.

Never a truer word. We had a ball hanging out with 40,000+ Scouts ❤️ in West Virginia over the summer, who grasped the dangers of killer robots in a heartbeat and boosted our drive with their support! Check out the highlights reel. 📽 🙌

6. Tech workers are the boots on the ground, with insights and expertise into the weaponized technology that is being developed right now!

Former Google employee Laura Nolan and former Clarifai employee Liz O’Sullivan added their expertise and voices to our Campaign when they called for a ban on the development and use of fully autonomous weapons. Check out the blog Liz wrote for the ACLU below, and the Guardian article from an interview with Laura. If you want to get to the heart of the issue, these two fabulous tech allies are the ones to follow. ⬇️

I didn’t make the decision to leave Clarifai lightly. I agonized over the debate, and tried to look at the issue from all sides. Here’s my take on WHY we need to @BanKillerRobots once and for all. #Solidarity #TechWontBuildIt https://t.co/FmP2dXCWmz

Read more on The Guardian.

So while the diplomatic talks at the UN are moving at a “glacial” pace (to quote our favourite Campaign Coordinator), the number of countries supporting our call is growing. Without a doubt, when our Coordinator, Mary Wareham, delivered this statement to the last diplomatic meeting on killer robots of the decade, it was a 🎤drop moment. 🔥

4. The time we brought our robot campaigner to Times Square, and the offices of Amazon, Microsoft, Clarifai and Palantir.

Does anything else need to be said? The video does the talking here 🍎💯⬇️

Our campaigners have been really busy this year, and the results are tangible 🙌 Our favourite count of 2019? 140 member organisations (we’ve doubled in one year)🔥, but that’s just one of our numbers! Check out all the rest in the link below.⬇️ 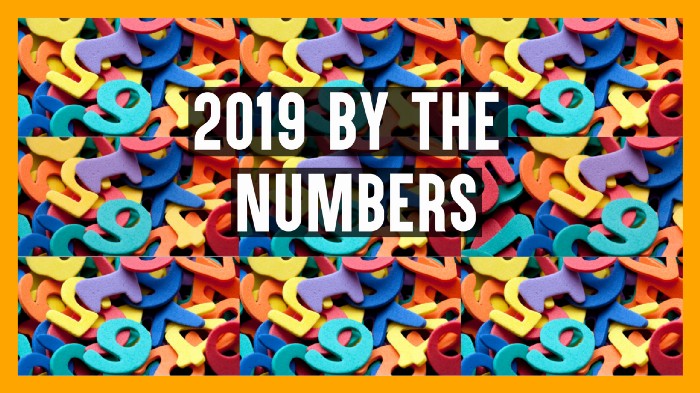 YOU! You, our readers, our supporters, our campaigners, our allies, our friends. What an incredible community to be a part of. Thanks for everything! We are gearing up for 2020, and thanks to you we can’t wait to see what the next year will bring. #TeamHuman.