Mary Wareham with the Campaign’s robot in front of the United Nations building in New York, October 2019. Photo: Ari Beser.

Back in October 2012, Human Rights Watch invited a dozen activists from a handful of non-governmental organizations to discuss what to do about worrisome military investments in artificial intelligence and emerging technologies. Our organizations identified a common concern over the prospect of weapons systems that could select and attack targets without human intervention.

We agreed to establish a “Campaign to Stop Killer Robots” to work to preemptively ban fully autonomous weapons and establish the principle of human control over the use of force.

It’s daunting and scary to start such a ground-breaking initiative from scratch, with no allies, endorsers, funds, media profile, staff, website, social media presence, etcetera. Media pundits instantly derided the Campaign’s name and criticized our goal as futile and unrealistic.

But doing nothing was not an option. We persevered to stake out the civil society space because there was an urgent need for such a Campaign. Confident in our tried and tested methodology we were steadfast in our determination to push forward despite the naysayers.

We quickly realized we were pushing on an open door. Government officials including serving military officers asked where had the Campaign been? It turned out they had been expecting, waiting, and even hoping for civil society to mobilize. We found out about fierce internal debates inside the Pentagon and within the militaries of other countries over the pros and cons of replacing human soldiers with machines.

Fast-forward to today. Thanks in large part to our Campaign there is now widespread acknowledgement that killer robots constitute a serious existential threat to humanity which, like climate change, deserve immediate multilateral action. Nearly 100 countries have acknowledged the importance of human control over the use of force and many of them wish to launch negotiations on a new international treaty to ban or restrict fully autonomous weapons. The Campaign to Stop Killer Robots has grown over time to now encompass 172 non-government organizations in 62 countries.

Over the course of nine diplomatic meetings since 2014, states have explored the multifaceted challenges raised by lethal autonomous weapons systems. Doubts and questions persist about the adequacy of existing international law. That debate will not cease until there is new law to protect civilians, indeed humanity, from the dangerous development of outsourcing killing to machines. 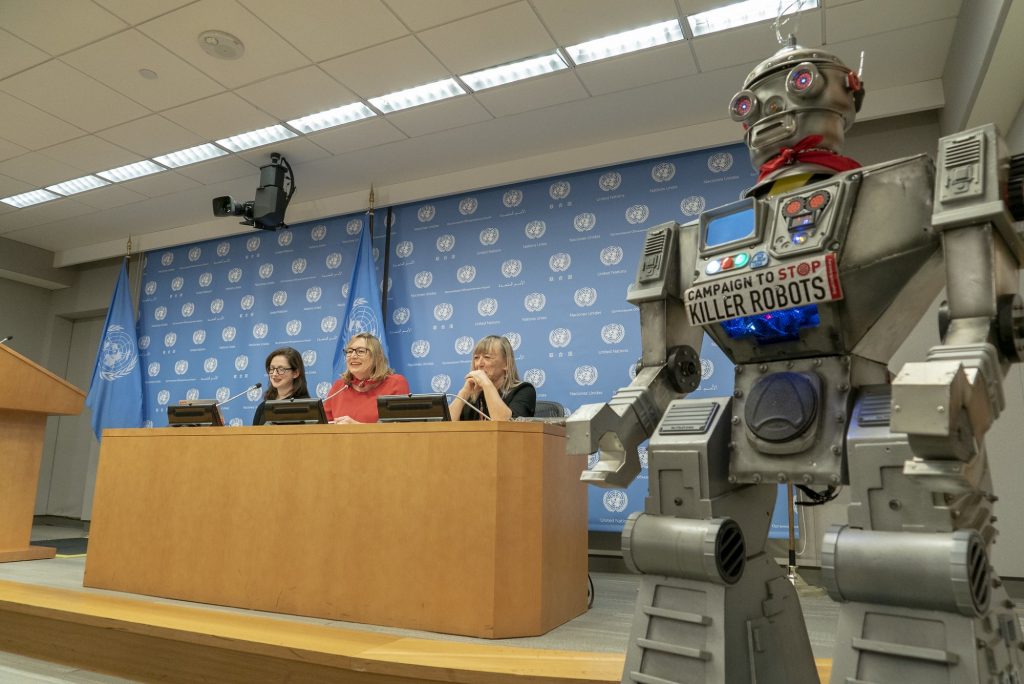 Momentum towards regulation has been steadily increasing as countries grow frustrated with the lack of action in the current diplomatic talks at the Convention on Conventional Weapons. Political leaders are starting to take note, spurred on by inquisitive parliamentarians, media scrutiny, and public opinion.

The onset of the Covid-19 pandemic has interrupted diplomacy on killer robots, but it has not stopped that growing momentum as we hear from officials in key states that “the wheels are turning” to develop policy and prepare for negotiations.

The pandemic has disrupted our lives, and is changing the ways in which we work. It reminds us of what matters and the value we hold dear.

For me personally, it has hastened my long-planned return from the United States to New Zealand, where I am from. I came home to New Zealand twelve months after that fateful day on March 11, 2020 when our offices closed and the work -from-home era began.

While I am not leaving Human Rights Watch, I have stepped down from my role as the Campaign’s coordinator. This marks a turning point for the Campaign’s growth and development. I am passing on the baton to the Campaign’s talented staff team, who are fully dedicated to helping secure an international treaty banning killer robots.

It has been an incredible privilege to coordinate the Campaign to Stop Killer Robots since its inception and I look forward to continuing my work with Human Rights Watch to maintain our high level of engagement. I am confident that this Campaign and our cause will emerge from this pandemic stronger, wiser, and more determined than ever to achieving its goal. 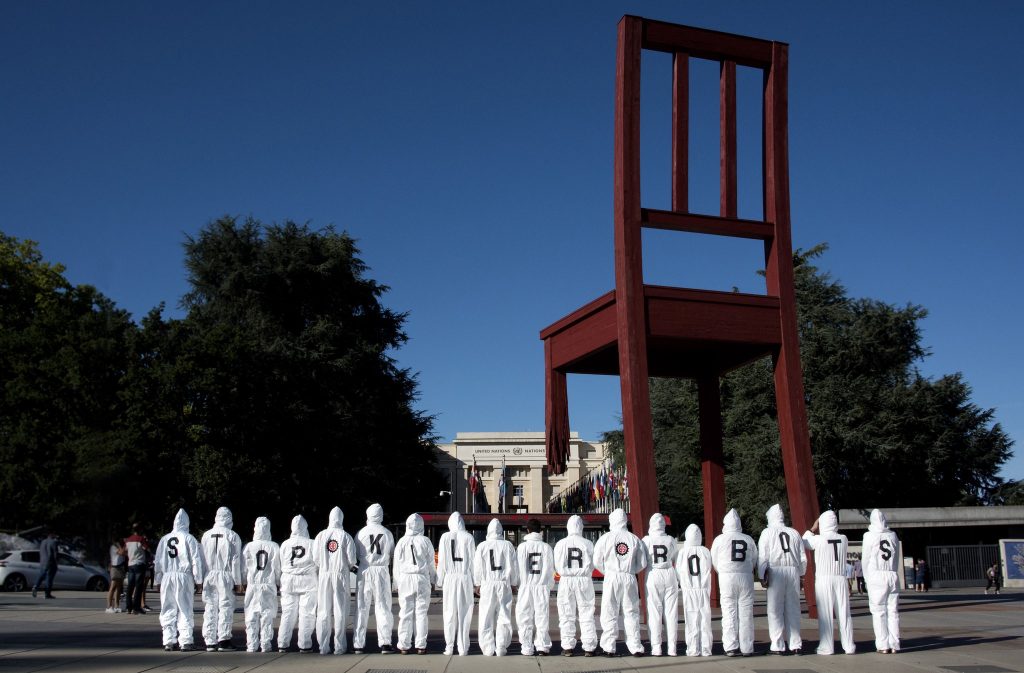 An action by the Campaign to Stop Killer Robots during diplomatic talks on killer robots outside the United Nations in Geneva, August 2018. Photo: Clare Conboy.