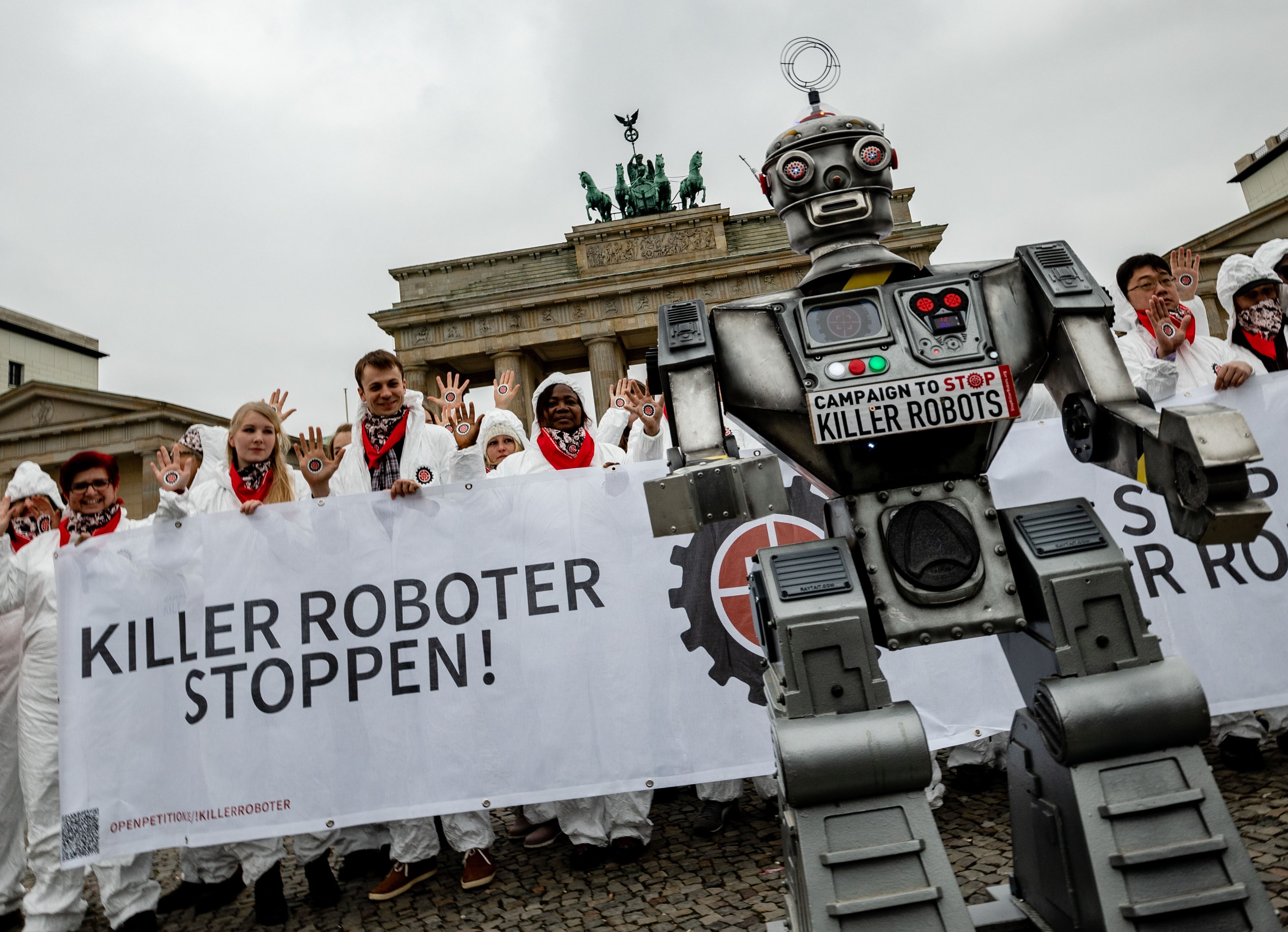 Public support for a ban on killer robots continues to grow, confirming a need for urgent action by European states to negotiate a new treaty to retain meaningful human control.

There was notable support for an international ban across generations, ranging from 67% (18-24) to 78% (55+) in favour of work towards such an instrument.

In all countries polled, the large majority of respondents said they believe their country should support work towards an international ban on fully autonomous weapons – weapons that would select and attack targets without human control.

Public opposition to autonomous weapons grows to a demand for action

A previous poll conducted by IPSOS in 2018 showed that 61% of respondents across 26 countries oppose the use of killer robots, while 22% support their use and 17% said they were not sure. This compares with 56% of 23 of the same countries in a 2017 poll.

Six of the countries polled in 2019 were also polled in 2018: The Netherlands, Hungary, Spain, Italy, Belgium, and Germany.

The correlation suggests that opposition to killer robots amongst the public is linked to a strong desire for European states to take a leadership role in launching negotiations on a new treaty to prohibit fully autonomous weapons.

Fully autonomous weapons have been a subject of diplomatic discussion since 2013. While lawmakers have acknowledged the challenges and threats killer robots pose to international law and global security, talks at the Convention on Conventional Weapons (CCW) have yet to produce any tangible result.

30 countries have now called for a ban on fully autonomous weapons, with Namibia joining the list during the October 2019 First Committee meeting of the United Nations General Assembly in New York. Austria, Brazil, and Chile have formally proposed the urgent negotiation of “a legally-binding instrument to ensure meaningful human control over the critical functions” of weapons systems. But while the large majority of states support a legally binding prohibition of fully autonomous weapons, a small minority of military powers, investing heavily in the development of this technology, have blocked progress.

European states in particular have agreed on the need to retain meaningful human control over the use of force, but have been slow to recognize the urgent need to negotiate new international law to preemptively ban killer robots. Instead, they have thrown support behind a non-binding political declaration that would be insufficient to address the many challenges raised by killer robots.

This poll shows that citizens of Europe will not be content with half-measures – they support a ban, and they want their governments involved in creating one. The only way to adequately regulate fully autonomous weapons is through the negotiation of a legally-binding treaty. The Campaign to Stop Killer Robots knows that such a treaty is inevitable – the only question is when European states will step up to start the process.