#Youth4Disarmament are taking on killer robots 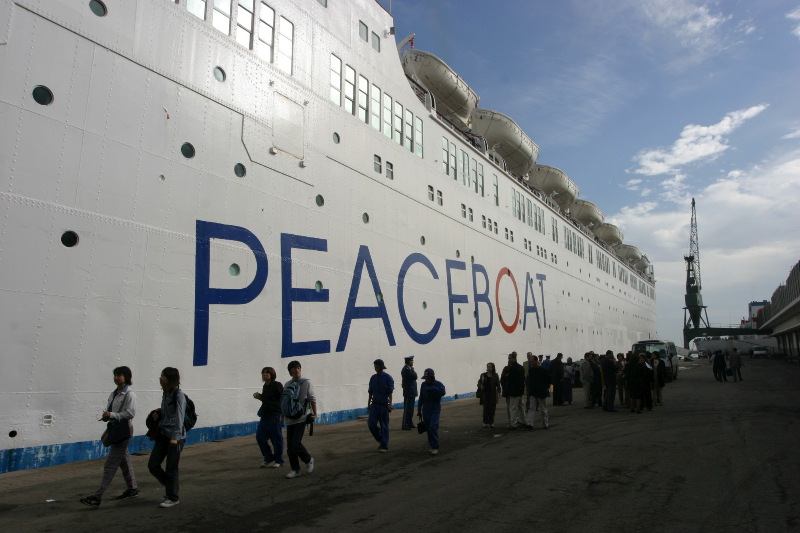 What happens when you bring 75 youth passionate about disarmament affairs to New York, introduce them to experts in the field, and put them together on a…ship? Just a regular day for Peace Boat, who held "Youth Champions for Securing our Common Future” on 11 October and invited the Campaign to Stop Killer Robots along.

Peace Boat is a truly unique organisation, promoting peace, human rights, and sustainability through a passenger ship that travels the world. Working in partnership with UN SDG Action Campaign, Peace Boat’s activities onboard and in port empower participants, strengthen local capacity for sustainability, and build people-to-people cooperation beyond borders.

In partnership with The United Nations Office for Disarmament Affairs (UNODA), Peace Boat organized “Youth Champions for Securing our Common Future” to coincide with the UN General Assembly First Committee on Disarmament and International Security and draw attention to UNODA’s “#Youth4Disarmament” initiative. #Youth4Disarmament connects youth and international security experts, providing opportunities for leaders of tomorrow to learn about today’s peace and security challenges, the work of the United Nations, and how they can become involved in creating a better world.

The event featured keynote speakers, educational panel discussions, workshops, and musical performances, along with a morning session at UN Headquarters to attend First Committee and a side event on nuclear disarmament.

Following introductions from Thomas Markram, Director and Deputy to the High Representative at UNODA, and Emilie McGlone, Director of Peace Boat US, speakers from UNODA, states and civil society spoke on three consecutive panels.

Organized to reflect three key themes in the UN Secretary-General’s Agenda for Disarmament, speakers discussed the dangers of nuclear weapons, proliferation of small arms and light weapons, and the developing threat of fully autonomous weapons.

Isabelle Jones, Campaign Outreach Manager for the Campaign to Stop Killer Robots, was joined on the third panel of the afternoon by Amy Dowler, Political Affairs Officer from UNODA, and Charlotte Skerten from the Permanent Mission of New Zealand to the United Nations. The panel discussed the ethical, moral, legal, security, and technological risks posed by fully autonomous weapons, and brought the room up to speed on the current status of United Nations talks on killer robots at the Convention on Conventional Weapons (CCW).

Jones reminded that youth present that the Campaign to Stop Killer Robots calls for a pre-emptive ban treaty because there is still time to take action and prevent the humanitarian harm that will result from the deployment of killer robots. But political declarations, guiding principles, and other unambitious text fall short of the international law needed to deal with this concern. "Autonomous weapons are not inevitable, but we believe a treaty is. It is just a matter of when it will happen, and how many innocent lives will be taken first."

Jones urged youth to take leadership in keeping the world - and their future - free of killer robots. "Millenials and GenZ now make up the majority of the global population. Youth hold the political power that can be used to demand action from states and hold them to account."