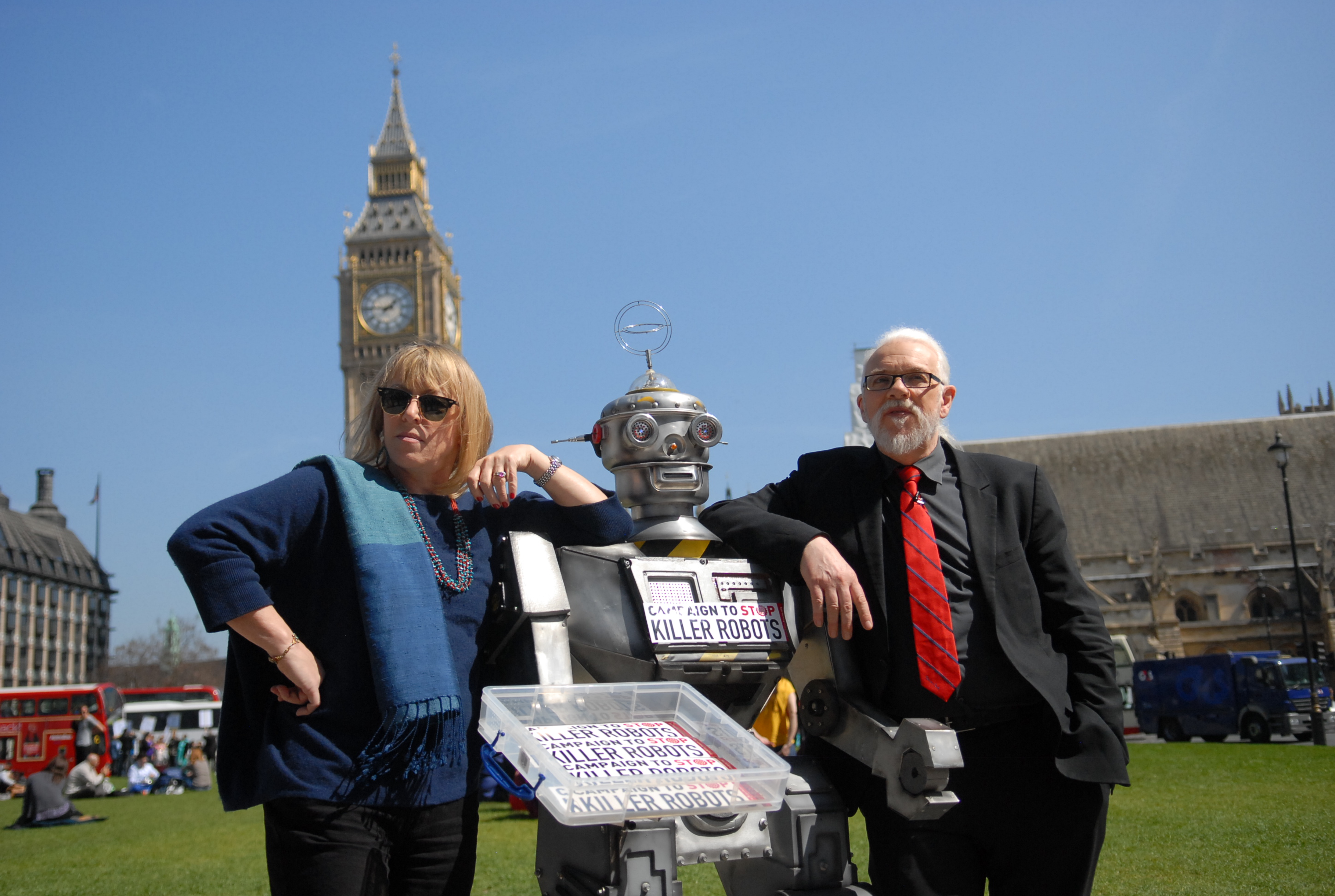 This round-up looks at recent parliamentary actions in Europe in support of the call to ban fully autonomous weapons, also known as lethal autonomous weapons systems. These initiatives provide more evidence of the growing support for starting negotiations on a new international treaty now. States will convene at the UN in Geneva on 27 August for the next international meeting on the challenges raised by killer robots.

On 5 July, a resolution by the European Parliament was adopted by a vote of 390/103/110 that calls for the urgent negotiation of “an international ban on weapon systems that lack human control over the use of force.” The resolution calls on the European Council to work towards such a ban and “urgently develop and adopt a common position on autonomous weapon systems.” The Greens/EFA Group recommendation to to pay special attention to technological progress in the field of the weaponisation of robotics and, in particular, on armed robots was included in a resolution endorsing a European Parliament report to the Council for the 73rd session of the United Nations General Assembly (UNGA). The campaign will conduct outreach at UNGA First Committee on Disarmament and International Security this October.

On 4 July, the Belgian parliament’s defence committee adopted a resolution (available in Dutch and French) that asks the government to support international efforts for a prohibition on the use of fully autonomous weapons. It also commits to ensure that the Belgian army will never use these weapons. The resolution to ban fully autonomous weapons must now be approved by the whole parliament and turned into law, but as Belgian parliamentarian Hendrik Bogaert noted, “the political decision has been made” with the vote of approval by the defence committee.

On 5 July, the Italian Network for Disarmament (Rete Italiana per Il Disarmo) convened an event at the national parliament in Rome with artificial intelligence (AI) and related experts to explore the challenges raised by fully autonomous weapons and need for a stronger government stance to prevent their development. There is a new parliament in Italy following the country’s general election in March. Previously, the Network conducted a survey of the positions of political parties. In 2013, it arranged high-level meetings on killer robots for Nobel Peace Laureate Jody Williams, a co-founder of the Campaign to Stop Killer Robots.

On 12-13 June, Professor Noel Sharkey, chair of the International Committee for Robot Arms Control (ICRAC), a co-founder of the Campaign to Stop Killer Robots, visited Helsinki to address a parliamentary seminar on autonomous weapons systems. The Committee of 100 in Finland (Suomen Sadankomitea ry) and other Finnish non-governmental organizations arranged for Sharkey to met with representatives from Finland’s major political parties, brief local media, and talk with Finland’s top AI experts.

On 21 June, the leader of Norway’s Christian Democratic Party (Kristeleg Folkeparti, KrF) provided a written question to the Minister of Foreign Affairs asking what the government is doing to develop new political and legal regulations aimed at retaining meaningful human control over weapons systems and the use of force. According to the letter, the Christian Democrats sees an urgent need to conclude an international agreement on fully autonomous weapons.

In June 2018, two Swiss members of parliament introduced interpellations—a procedure used in some legislative bodies to ask the government to explain an act or policy—to scrutinize Switzerland’s possible investments in autonomy in weapons systems. MP Beat Flach introduced interpellation 18.3624 co-signed by five other Green Liberal MPs, while Interpellation 18.3675 was introduced by Chantal Galladé and co-signed by five other Socalist MPs plus Green Liberal MP. Both asks five key questions about air defense systems with autonomous and automated processes that Switzerland is considering purchasing, including “Do the short-listed systems have the ability to self-identify, detect, and attack targets without a human being having to confirm this attack?” Ordinarily, the Federal Council, in this case the Ministry of Defense, responds in writing before the next session of Parliament, which will be in September.

In June 2018, a UK parliamentary committee on artificial intelligence received a response from the UK government to its recommendation that the UK review its working definition of lethal autonomous weapons systems, which differs significantly with definitions articulated by other countries, industry, and academia. According to the official response, the UK’s Ministry of Defence has “no plans to change the definition of an autonomous system.” The United Nations Association of the UK (UNA-UK) called the response “highly surprising and obstructive to the international process to build consensus on an internationally agreed definition.” In April, the UNA-UK and tech companies, NGOs and academics, sent a joint letter urging the UK to take preventative action to prohibit fully autonomous weapons or face the prospect of a “stark dehumanisation” of warfare.