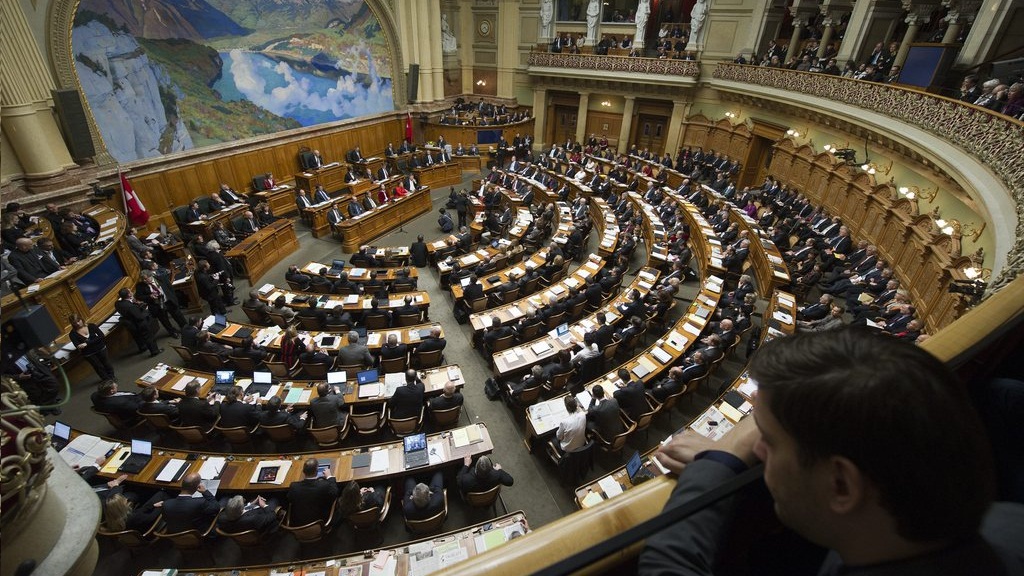 During the first half of 2017, the Campaign to Stop Killer Robots has been stepping up its outreach at the national level to build support in key capitals for the call to ban development, production, and transfer of fully autonomous weapons. We are also engaging with diplomats from key countries at the Convention on Conventional Weapons (CCW) in Geneva, where the first meeting of the newly-created Group of Governmental Experts on lethal autonomous weapons systems is scheduled to take place on 21-25 August 2017.

This round-up of recent parliamentary initiatives and other activities focuses on efforts aimed at supporting the call for a preemptive ban on fully autonomous weapons.

On 8 March 2017, Green Party Members of Parliament Wouter De Vriendt and Benoit Hellings tabled a motion in Belgium’s federal parliament urging the federal government to call for the start of negotiations aimed at creating an additional protocol within the Convention on Conventional Weapons to pre-emptively ban the development, production, and use of fully autonomous weapons. It also calls on the government to “install a complete national ban on the development, production and use of fully autonomous weapons.” Campaign members Pax Christi Vlaanderen, PAX, and Human Rights Watch have written to Belgian parliamentarians urging their support for this non-binding motion, which is expected to be discussed in the coming weeks and possibly adopted by mid-2017.

On 27 March 2017, Senators from the governing Liberal Party convened an open caucus meeting to explore the pros and cons of artificial intelligence and robotics as the government increases its investments in this field. Several invited experts addressed the meeting, including Paul Hannon of Mines Action Canada, a co-founder of the Campaign to Stop Killer Robots, who reiterated the call for the Canadian government to support a pre-emptive ban on fully autonomous weapons. Ian Kerr, who is the Canada research chair in ethics, law and technology at the University of Ottawa, also drew attention to the need for a government policy in support of the ban, noting Canada “is missing an important opportunity for global leadership on the international stage.” In response to media inquiries, Minister for Economic Development Navdeep Bains said, “We will work very closely with industry and civil society in order to deal with those issues.”

At their 16th World Summit of Nobel Peace Laureates in Colombia in January, the laureates issued a joint declaration that confirms the need to preemptively ban fully autonomous weapons. The Nobel Women’s Initative is a co-founder of the Campaign to Stop Killer Robots and in May 2014 its founding chair, Nobel Peace laureate Jody Williams, collected signatures from more than 20 Nobel Peace laureates on a statement endorsing the call for a ban on fully autonomous weapons. The Latin America human security network SEHLAC, a member of the Campaign to Stop Killer Robots, distributed a briefing note in Spanish at the Fifth Review Conference that attracted strong interest from states in Latin America. During the Review Conference Argentina, Guatemala, Panama, Peru, and Venezuela all endorsed the call to ban fully autonomous weapons.

On 2 June 2016, Iceland’s parliament (Althingi) passed a resolution expressing support for a ban on production and use of autonomous weapon systems. The resolution asks the government to monitor this issue at the United Nations and in other international fora. This is believed to be the first parliamentary resolution on fully autonomous weapons to be passed worldwide. In September 2015, the Icelandic Institute for Intelligent Machines, an independent artificial intelligence research and development group affiliated with Reykjavik University, adopted an ethical policy on technologies intended for military operations that endorsed the call to ban fully autonomous weapons.

Ahead of Norway’s general election on 11 September 2017, campaigners are reaching out to political parties to urge them to develop positions on killer robots and endorse the call for a ban. At their national convention on 20-23 April 2017, the Norwegian Labour Party (Arbeiderpartiet) will discuss and—if there is support—adopt a draft decision for its 2017 election manifesto that proposes Norway initiate and pursue a new legally-binding instrument “to regulate the development and use of fully and semi-autonomous weapons systems and other new technology that could challenge the fundamental principles of the law of war.” The Green Party (Miljøpartiet De Grønne) manifesto expresses the Party’s support for a ban, pledging to “work for international regulations … against autonomous robot controlled weapons systems.” The Christian Democratic Party (Kristelig Folkeparti) manifesto commits to “work for international transparency around testing and development of fully autonomous weapons,” but does not address the call for a ban on the weapons.

In March 2017, two motions supporting the call to ban killer robots were introduced in Switzerland’s lower house, the National Council, and supported by MPs from six parties including the Christian-Democrats, Conservative Democrats, Greens, and Liberals. On 17 March, Swiss parliamentarian Chantal Galladé of the Social Democratic Party introduced Motion 17.3214 calling on the Federal Council of Switzerland to work for an international legal prohibition of autonomous weapons. An unofficial English translation of the text is available online. On 13 March, Swiss parliamentarian Beat Flach of the Green Liberal Party introduced Motion 17.3195 calling on the Federal Council to support “an international prohibition of autonomous robotic weapon systems.” The Federal Council has until the next session of parliament, which opens 29 May, to recommend action on the motions. The National Council will then decide whether to accept or reject them. If accepted by the National Council, the motion(s)will be forwarded to the other chamber for approval. In a March 21 article on the resolutions, the Swiss-German newspaper Tagesanzeiger noted the skepticism expressed by Switzerland’s Ministry of Foreign Affairs about whether fully autonomous weapons will ever be able to comply with international law, notably the principles of distinction and proportionality.

Labour’s Lord Judd and Lord West of Spithead asked several questions about UK policy on killer robots in the House of Lords on 12-13 December 2016. Earl Howe responded that the government believes that lethal autonomous weapons systems “are not yet in existence and are not likely to be for many years, if at all.” He said that “the UK is clear that the operation of our weapons will always be under human control,” but did not explain how it defines that level of human control. On 6 January 2017, a Foreign and Commonwealth Office (FCO) official responded to a December 2016 letter sent by Article 36 and six other UK members of Campaign to Stop Killer Robots to Foreign Secretary Boris Johnson that called on the government to establish national policy specifying “the measures necessary to ensure that weapons remain under human control in the future.” The official provided the government’s working definition, stating that “the UK defines such systems as those capable of understanding higher level intent and direction allied to a sophisticated perception of its environment, and therefore able to take appropriate action to bring about a desired state.”

In an 8 December 2016 letter to the US secretaries of defense and state, Representative Jim McGovern and eight other House Democrats expressed support for a preemptive ban on fully autonomous weapons. The letter calls on the US to work for a new CCW protocol to “require meaningful human control over target selection and engagement for each individual attack.” During the CCW Review Conference, the US delegation informed the campaign that the 2012 Department of Defense policy directive on autonomy in weapons systems will be reviewed and amended in 2017. In January 2017, several members of the Campaign to Stop Killer Robots attended a retreat by artificial intelligence leaders at Asilomar in Monterey, California in January 2017, which issued a set of “principles” including a call to retain human control of systems with artificial intelligence and affirms the urgent need to avoiding an arms race in lethal autonomous weapons systems.