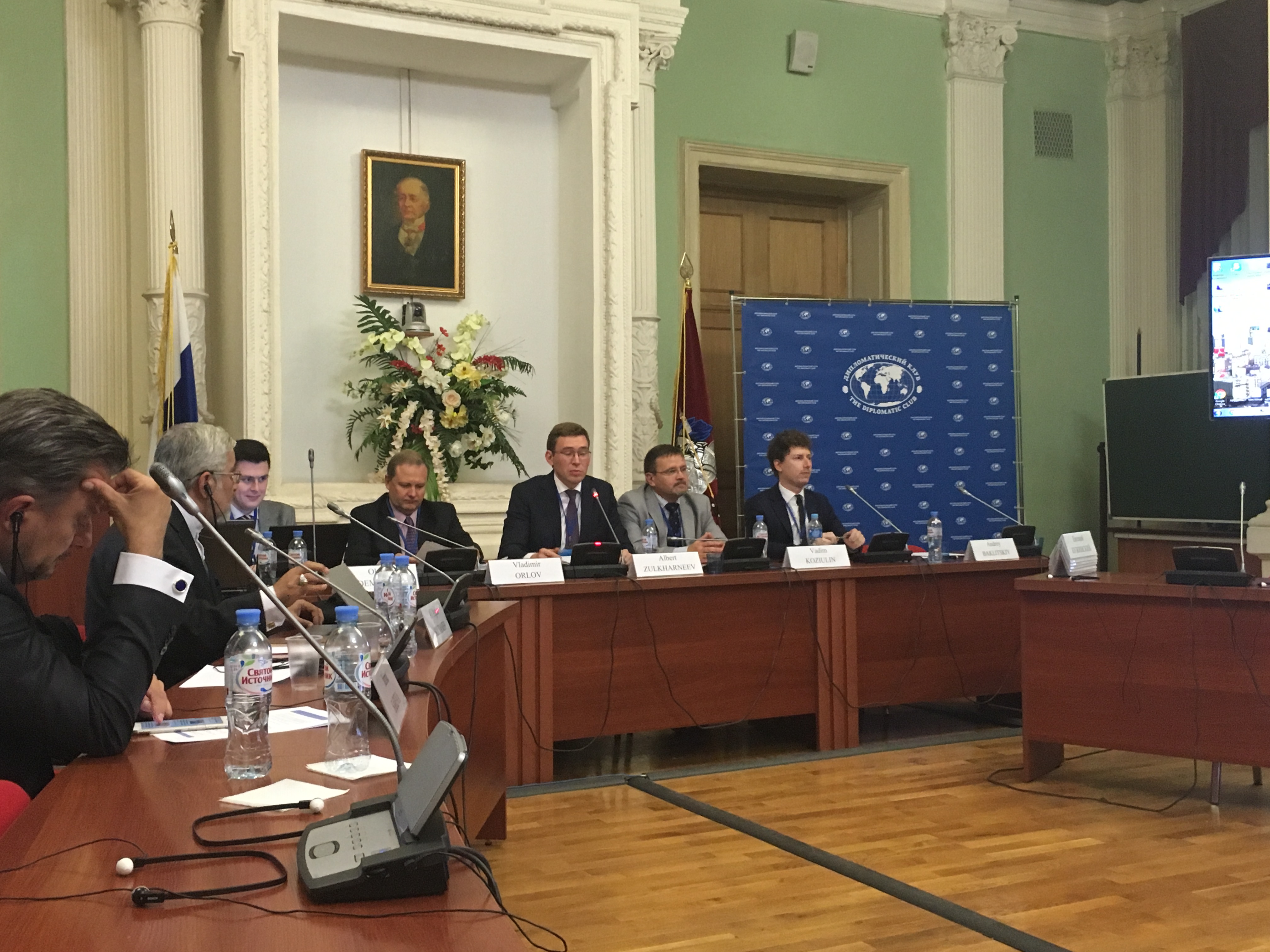 Russia’s reluctant position on supporting more formal efforts to address concerns over lethal autonomous weapons systems came under scrutiny at a conference in Moscow at the end of September. The Russian Federation views more formal discussions on the matter at the Convention on Conventional Weapons (CCW) as “premature” and told an April 2016 meeting that it sees “divergent and conflicting positions” relating to “a common understanding of the subject under discussion and the scope of this issue.”

At the end of August, Russia said it is uncertain about whether states should move to the next level of deliberations on lethal autonomous weapons systems when the CCW holds its 5th Review Conference in Geneva on December 12-16. Some 30 states supported the recommendation that they establish an open-ended Group of Governmental Experts to discuss this topic in 2017. Russia was the only one to indicate it might oppose that and prevent consensus agreement.

The coordinator of the Campaign to Stop Killer Robots Mary Wareham of Human Rights Watch spoke on a panel on lethal autonomous weapons systems at the conference on emerging technologies convened by the PIR Center at the diplomatic academy of the Ministry of Foreign Affairs of the Russian Federation on 29 September. About 100 people attended the conference, including students from the academy and Moscow universities. Wareham was one of a dozen international participants and the only representative from a non-governmental organization. Others attendees included the heads of the Comprehensive Nuclear Test-Ban Treaty Organization and UN Institute for Disarmament Research (UNIDIR), representatives from the International Committee of the Red Cross (ICRC) and Carnegie Corporation, and academics from China, Iran, Netherlands, Singapore, UK and US.

The conference covered the following topics: cyber security and the Internet and critical infrastructure, space activities, nuclear non-proliferation, and lethal autonomous weapons systems. Vadim Kozyulin, a senior researcher from the PIR Center who presented at the April 2016 CCW meeting on killer robots, moderated the panel and translated Wareham’s presentation into Russian. He also circulated a one-page list of questions for participants.

The panel opened with remarks by Andrey Grebebnschikov from the Ministry of Foreign Affairs of the Russian Federation, who is a member of the country’s delegation to the CCW in Geneva. He described the government’s “cautious approach” and outlined concerns such as the need for a working definition of lethal autonomous weapons systems.  Grebebnschikov described the three meetings held on the matter since 2014 as interesting, but claimed the issue is still “raw and controversial.” He said Russia does not want to “compromise” the CCW with “too high expectations” and expressed appreciation and respect for the work of the Campaign to Stop Killer Robots.

Wareham then spoke, expressing the view of Campaign to Stop Killer Robots that “the many serious ethical, legal, military, proliferation, security, and other concerns raised by fully autonomous weapons pose such a threat to our humanity that a preemptive ban is warranted.” She described the retention of human control over use of force as “a moral imperative and essential to promote compliance with international law, and provide for accountability.” Wareham addressed Russia’s desire for a working definition and affirmed that “by retaining meaningful human control over the use of lethal force in each individual attack we can in effect prohibit the use of fully autonomous weapons and thus achieve a preemptive ban.”

Song Xinping from Xi’an Political Academy of the People’s Liberation Army of China gave a presentation providing his “personal views” on killer robots that listed the “shortcomings” of international humanitarian law and described the “legislative paths” available to the international community on this topic. He recommended that states undertake “official legislation” through the UN/CCW path rather than “public legislation” outside the UN, providing the examples of the Ottawa Process that created the Mine Ban Treaty and Oslo Process to ban cluster munitions.

Albert Efimov, head of the robotics center at Russia’s Skolkovo Foundation, was the only speaker to oppose a ban on fully autonomous weapons, but he however concluded that a “human being will always be in the loop” when it comes to autonomous weapons. Tom Grant, an American research fellow based at the Lauterpacht Centre for International Law at the University of Cambridge described the relationship between international law and science, but as a “neutral expert” did not directly address concerns over fully autonomous weapons.

Finally, Gilles Giacca from the ICRC arms unit who presented the findings of the report on the ICRC’s second international meeting on autonomous weapons in March 2016 that representatives from 20 governments attended.including Russia. He elaborated the ICRC position, which is concerned at the loss of human control in warfare, sees numerous legal questions, and supports more formal discussions at the CCW.

According to the PIR Center, a report on the conference will be sent to Russian foreign minister Sergey Lavrov. States including Russia will take their consensus decision on moving forward at the CCW on 16 December.