Prevent another Hiroshima or Nagasaki 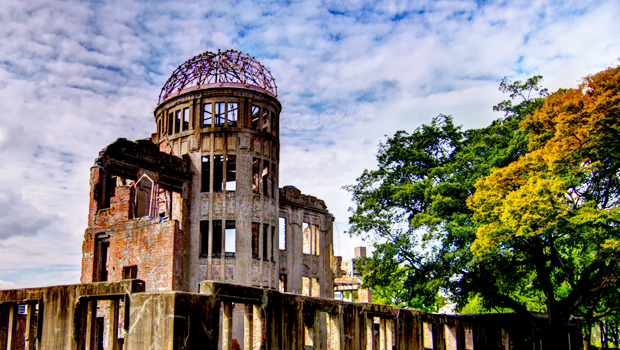 Japan commemorates the 70th anniversary of the atomic bombing of Hiroshima and Nagasaki on August 6th and 9th, respectively. These attacks killed approximately 140,000 people in Hiroshima and 70,000 in Nagasaki, mostly civilians. Ever since then, humankind has been forced to coexist with nuclear weapons. The fear of nuclear war will remain until nuclear weapons are prohibited and their stocks destroyed, but imagine if we could have stopped their development and averted the tragedy in Hiroshima and Nagasaki.

In a statement issued to mark the 70 year anniversary of the atomic bombings of Hiroshima and Nagasaki, Association for Aid and Relief of Japan  (AAR Japan) has renewed its call to prevent fully autonomous weapons from ever being created through a pre-emptive and comprehensive ban on their development, production, and use. The non-governmental humanitarian organization headed by Yukie Osa is a co-founder of the Campaign to Stop Killer Robots and serves on its steering committee.

AAR Japan finds that technological developments aimed at lowering cost and risk to human soldiers as well as increasing speed and efficiency have led to the development of autonomous weapons systems with various levels of human control. Research into artificial intelligence (AI) has advanced in recent years, leading to concerns that some countries may use it to pursue the development of fully autonomous weapons or “killer robots” that would select and attack targets without any further human intervention.

Forces that use fully autonomous weapons could wage war at lower cost and risk to human soldiers, which could encourage political leaders to start a war with much less hesitation. Lowering the threshold for going to war could bring about an epidemic of wars, creating extreme insecurity and violence for humankind. A weapon that can kill without human judgment would pose indiscriminate and excessive violence in the world.

This is not the first time that AAR Japan has cooperated with international civil society on an arms-related concern. It is also a member of the International Campaign to Ban Landmines (ICBL) and the Cluster Munition Coalition (CMC). When AAR Japan called for a ban on landmines and cluster munitions, the weapons had already been widely used, causing significant humanitarian harm. Fully autonomous weapons are yet to be developed, but now is the time for action as it will become increasingly difficult to secure a ban once countries invest in the technology to develop them.

That was also the message delivered by 2,587 artificial intelligence and robotics researchers and more than 15,000 other endorsers in an open letter issued last week, which endorses the call to prohibit weapons that select and engage targets without human intervention. The statement issued at the annual meeting of the International Joint Conference on Artificial Intelligence sends a powerful message that the scientific community stands ready to assist states to achieve the ban objective.

Media attention focused on the letter’s headliner signatories, which show how the movement to stop fully autonomous weapons is growing and expanding its reach. Yoshihiko Nakamura, a professor of mechano-informatics at the University of Tokyo is one notable signatory to the letter from Japan, but there should be more. Plenty of robotics and artificial intelligence researchers in Japan could and should sign on.

Nakamura and the other signatories to the letter compare themselves to the chemists, biologists, and physicists of the past who had “no interest” in building chemical or biological weapons and therefore supported the calls to ban them. One day killer robots will be outlawed due to public concern and government action spurred on by civil society, including these AI experts and roboticists.

Hundreds of thousands of lives were destroyed in Hiroshima and Nagasaki 70 years ago. For a country with such a grievous past, it is Japan’s mandate to halt the development of another inhumane weapon. Working to prohibit fully autonomous weapons will enable Japan to help protect future generations from violence and insecurity. This is not a political or military choice, but a humanitarian and moral matter that our society as a whole has to engage in.

Photo: The dome at Hiroshima, which was near the hypocenter of the blast (c) via ICANW