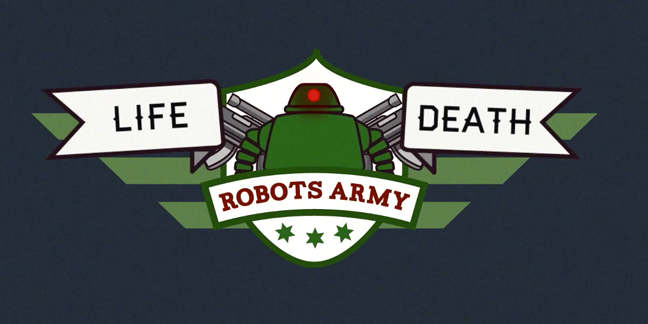 The  resolution expresses its “grave concern over the use of armed drones outside the international legal framework” and “urges the EU to develop an appropriate policy response at both European and global level which upholds human rights and international humanitarian law.”

On killer robots, the resolution calls on the European Union (EU) member states, the Council of Ministers of the EU, and the EU’s High Representative for Foreign Affairs and Security Policy, Catherine Ashton, to “ban the development, production and use of fully autonomous weapons which enable strikes to be carried out without human intervention.”

Commenting after the vote, Finnish Green MEP and spokesperson on security and defence, Tarja Cronberg, stated “there is also a glaring need to … stop research and development on fully automatic weapons which kill without human intervention.” A Dutch Green MEP Judith Sargentini said “killer robots are at present not yet, but their development is in full swing” and expressed concern over lack of accountability for fully autonomous weapon that would select their own targets and use force without human intervention

The resolution is non-binding, but its specific call for a ban on killer robots is likely to influence policy development on the issue in EU nations. Since the first multilateral debate on killer robots was held at the Human Rights Council on 30 May 2013, at least 44 nations have expressed their views on this emerging challenge of international concern, including 13 of the 28 EU member states: Austria, Belgium, Croatia, France, Germany, Greece, Ireland, Italy, Lithuania, Netherlands, Spain, Sweden, and the United Kingdom.

On 30 May 2013, the European Union made its first statement on the matter at the Human Rights Council. It stated that the use of weapons that “select targets without a human in-the-loop” is “governed by international humanitarian law” and asked if the challenge “should be debated outside this council in other international fora, in particular in the framework of the relevant arms control fora of the United Nations.”

On May 13-16, Ambassador Jean-Hugues Simon-Michel of France will chair a meeting of the Convention on Conventional Weapons at the United Nations in Geneva to discuss questions relating to lethal autonomous weapons systems, including ethical, legal, operational, and technical concerns. The talks mark the beginning of a process that could conclude in a treaty banning these weapons, either through a sixth protocol to the Convention on Conventional Weapons or another means.