Seize the opportunity for action 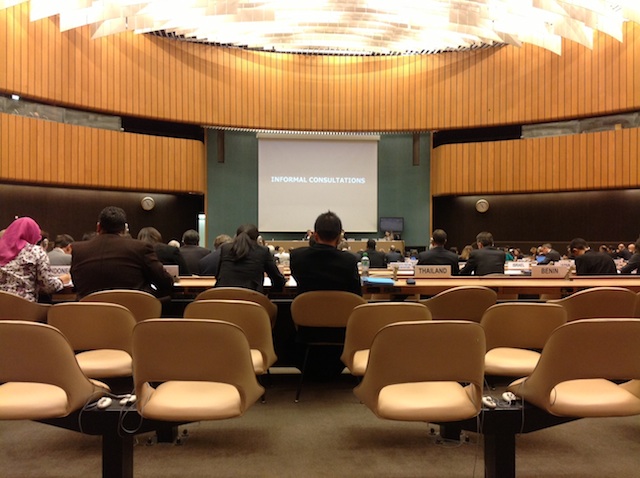 States should seize the opportunity to take international action to prevent the creation of fully autonomous robot weapons. On Friday, 15 November at the United Nations in Geneva, States Parties to the Convention on Conventional Weapons (CCW) will decide whether to take up the issue of these future weapons that, once activated, would select and engage targets without human intervention.

At “informal consultations” on Monday 11 November, France–as chair of this week’s Convention on Conventional Weapons meeting–proposed a mandate to “discuss questions related to emerging technologies” in the area of “lethal autonomous weapons systems.”

The Campaign to Stop Killer Robots supports any action to urgently address fully autonomous weapons in any forum and it welcomes the prospect of work in the Convention on Conventional Weapons. The CCW’s 1995 protocol banning blinding lasers is a pertinent example of a weapon being preemptively banned before it was ever fielded or used.

Decisions at the Convention on Conventional Weapons are taken by consensus, meaning that a single nation could block agreement and prevent the mandate from being adopted. No nation has indicated that it will object to the mandate proposed by France, but the consensus rule means there is no guarantee that there will be agreement on a mandate this week.

All these nations have have expressed interest and concern at the challenges and dangers posed by fully autonomous weapons. None have opposed discussing the issue further in international diplomatic fora, and this week more than a dozen states indicated their support for the mandate to address these weapons via the Convention on Conventional Weapons.

The Campaign to Stop Killer Robots is calling on states to put in place a comprehensive ban on fully autonomous weapons that would be able to select and attack targets without human intervention. This prohibition should be achieved through an international treaty, as well as through national laws and other measures. An international treaty could be achieved a number of ways, including through the negotiation and adoption of a new protocol to the Convention on Conventional Weapons.

For regular updates from the Convention on Conventional Weapons, follow the Campaign to Stop Killer Robots on Twitter at: @BanKillerRobots.