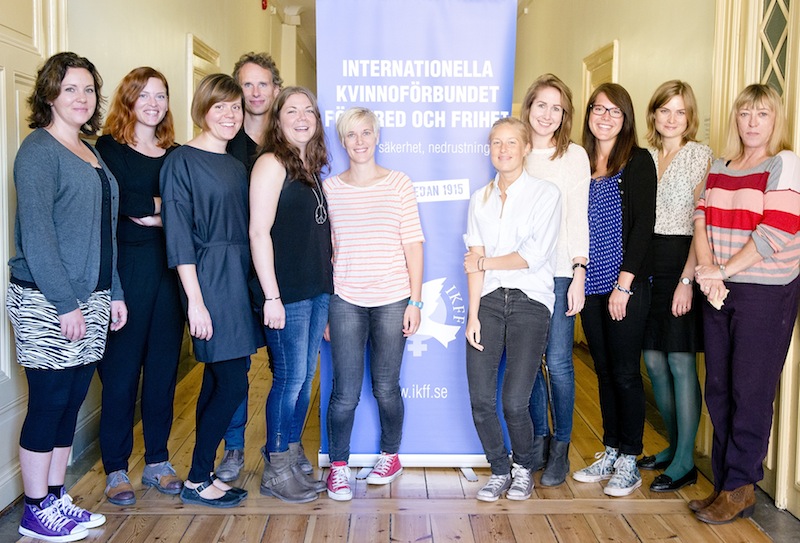 A number of non-governmental organizations (NGOs) in Sweden including Civil Rights Defenders, Svenska Freds (Swedish Peace and Arbitration Society, SPAS), and the Women’s International League for Peace and Freedom (WILPF) Sweden are campaigning for the government to support the call to ban fully autonomous weapons or “killer robots,” known in Swedish as mördarrobotarna.

In a July 2013, the heads of WILPF Sweden and the Swedish Fellowship of Reconciliation (SweFOR) in a joint statement said that programming robots to detect, select and kill in conflict without human control would be to violate an ethical limit by handing over power to decide over human life to robots. They urged the government to support the call for a moratorium on fully autonomous weapons systems, noting, “Sweden has the chance to take the lead and show the way.”

In September 2013, Ms. Jody Williams, who received the 1997 Nobel Peace Prize for her work campaigning to ban landmines, visited Stockholm where she met with these and other NGOs to discuss fully autonomous weapons among other issues. In a panel discussion, Williams and Ms. Madeleine Rees, Secretary-General of WILPF, discussed the new global civil society initiative to ensure that a human is always in control of battlefield decisions to target and use violent force. The Nobel Women’s Initiative, which Williams co-founded and chairs, is a founder of the Campaign to Stop Killer Robots and together with WILPF serves on its leadership Steering Committee.

Svenska Dagbladet, Dagens Nyheter, and other Swedish media outlets have covered the campaign’s call for a ban on fully autonomous weapons as well as the call for a moratorium by the UN Special Rapporteur on extrajudicial, summary or arbitrary executions.

Yet despite these activities and the media interest, the government of Sweden has not yet provided its view on the calls for a ban or moratorium on fully autonomous weapons. Officials have informed campaigners that the issue of fully autonomous weapons is so new that substantive policy has not been established yet and there is not a common view on the process most likely to advance international deliberation on this topic.

Sweden may soon be compelled to decided on both as it is already somewhat involved in efforts to address fully autonomous weapons internationally:

Now is the time for Sweden’s decision-markers to consider and articulate Sweden’s views on the emerging issue of fully autonomous weapons.