Scientists call for a ban 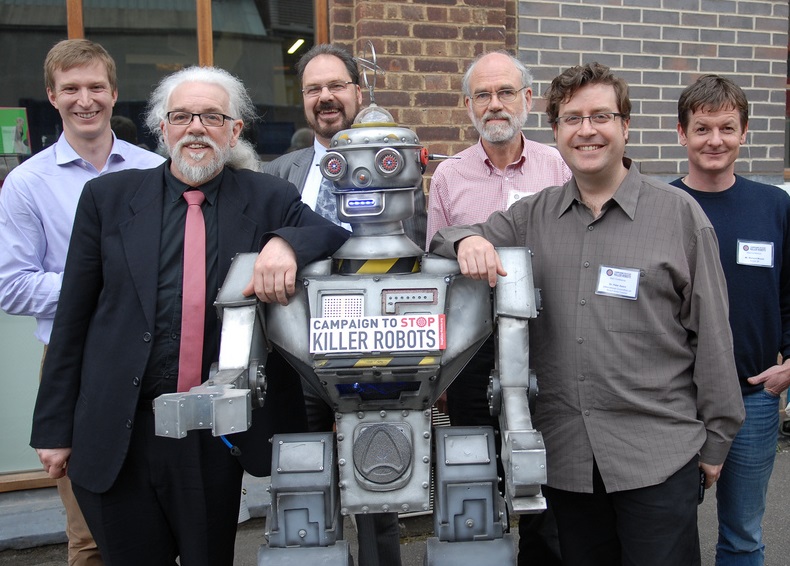 The International Committee for Robot Arms Control (ICRAC), a founder of the Campaign to Stop Killer Robots, has issued a statement endorsed by more than 270 engineers, computing and artificial intelligence experts, roboticists, and professionals from related disciplines that calls for a ban on fully autonomous weapons. In the statement, 272 experts from 37 countries say that, “given the limitations and unknown future risks of autonomous robot weapons technology, we call for a prohibition on their development and deployment. Decisions about the application of violent force must not be delegated to machines.”

The signatories question the notion that robot weapons could meet legal requirements for the use of force: “given the absence of clear scientific evidence that robot weapons have, or are likely to have in the foreseeable future, the functionality required for accurate target identification, situational awareness or decisions regarding the proportional use of force.” The experts ask how devices controlled by complex algorithms will interact, warning: “Such interactions could create unstable and unpredictable behavior, behavior that could initiate or escalate conflicts, or cause unjustifiable harm to civilian populations.”

The statement’s signatories include:

The signatures to the statement were collected by Professor Noel Sharkey and other member of ICRAC, a not-for-profit organization comprised of scientists, ethicists, lawyers, roboticists, and other experts that formed to address the potential dangers involved with the development of armed military robots and autonomous weapons. Given the rapid pace of development of military robots and the pressing dangers their use poses to peace, international security, the rule of law, and to civilians, ICRAC supports a ban on armed robots with autonomous targeting capability. ICRAC is continuing to collect expert signatures for the statement.

Sharkey and other members of the Campaign to Stop Killer Robots will be in New York on Monday, 21 October to speak at the United Nations.