France convenes seminar at the UN 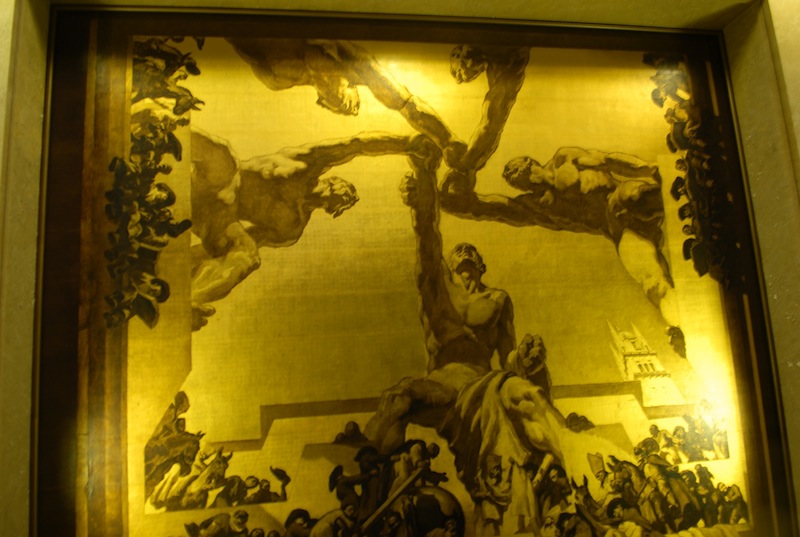 On 3 September 2013, France in cooperation with the United Nations Office for Disarmament Affairs held a seminar for interested governments and civil society on fully autonomous weapons systems. The 90-minute event was held in the grand Council Chamber at the UN Palais des Nations in Geneva, in the same room where the Conference on Disarmament meets.

The seminar was chaired by the Permanent Representative of France to the Conference on Disarmament, Ambassador Jean-Hugues Simon-Michel, who in his opening remarks described the concern over fully autonomous weapons systems or the “robotization” of the battlefield as part of an “evolution” from digitalization of the battlefield in 1990s to the introduction of armed drones in the 2000s and onwards. Amb. Simon-Michel stated the prospect that in the future autonomous weapons systems could be developed to “decide to open fire without any human control” or without a human “in-the-loop” raises complex technological legal, military, and ethical concerns.

According to Amb. Simon-Michel, a recent report (A/68/206) by the UN Secretary-General’s Advisory Board on Disarmament has recommended that fully autonomous weapons systems be addressed via “coordinated efforts in an existing forum” such as the 1980 Convention on Conventional Weapons, known by many as the “CCW.” As Amb. Simon-Michel will chair the CCW’s next Meeting of High Contracting Parties in Geneva on 14-15 November 2013, he decided to convene the seminar to check the level of interest in addressing the issue.

A high-level of interest was demonstrated in the turn-out at the seminar by government representatives from more than 20 countries including Australia, Austria, Benin, China, Egypt, France, Germany, India, Ireland, Italy, New Zealand, Pakistan, Poland,Russia, Sierra Leone, South Korea, Spain, Sweden, Switzerland, UK, and the US. The Campaign to Stop Killer Robots was present as were representatives from UN agencies and international organizations.

The seminar featured two presentations followed by a question and answer session. The first presentation by Nils Melzer, senior programme advisor for the Geneva Center for Security Policy (GCSP), gave an overview of the technology involved in fully autonomous weapons and the relevant legal frameworks. Melzer called for “informed dialogue” by states to “establish consensus on establishing legal and ethical limits on fully autonomous weapons systems.” He referred the audience to a report on drones and autonomous weapons that he recently prepared for the European Union. The Campaign to Stop Killer Robots has also produced a brief synopsis on the report’s main findings, which recommends human supervision of autonomous weapons be retained.

The second presentation by Kathleen Lawand, director of the Arms Unit at the International Committee of the Red Cross (ICRC), focused relevant international law and called on states to assess the implications of fully autonomous weapons, as stated in a new Frequently Asked Questions document prepared by the ICRC. Lawand said that “uniquely human judgment” may be necessary for interpreting the rules of international humanitarian law and asked if autonomous weapons systems could do that. She also mentioned the challenge of assigning responsibility or accountability. Lawand said that for the ICRC, the “ultimate” question is if the dictates of public conscience permit machines on battlefield that operate without human control.

Several government representatives spoke in the question and answer session:

The coordinator of the Campaign to Stop Killer Robots, Mary Wareham of Human Rights Watch, introduced the new global coalition, which is comprised of 43 NGOs in 20 countries. She said that campaign welcomes international discussion on this topic in any forum, including the Convention on Conventional Weapons. Wareham urged that any discussion have a clear mandate focused on achieving results and be underpinned by a sense of urgency as “the technology is fast advancing, but the diplomacy is not keeping up.” She urged that civil society be meaningfully included in any international process to address fully autonomous weapons.

For the campaign, Prof. Noel Sharkey of the International Committee for Robot Arms Control urged that any process look at the today’s realities in terms of the state of technology and not speculate on the promises of technology. How legitimate is it to make decisions on the regulation of new weapons on the basis of speculation? Any process should consider this challenge from the perspective of the degree of meaningful human control needed.

In his response, Melzer said that the UN is the right place to start addressing this urgent issue as it contains all the relevant actors. Disarmament fora such as the CCW are a logical place to begin, but other venues will be relevant too as more perspectives are needed than just the legal view. He acknowledged the need for civil society experts, including roboticists, to be involved in the discussions.

In her response, Lawand said it doesn’t matter where the discussion takes place – what matters is that the dialogue gets started. She called for transparency and urged states that are engaged in research on autonomous weapons systems to bring their experience to the table. She urged adopting a broad approach at the outset, but described autonomous weapons as a specific category of weapons in need of a specific response.

To conclude, Ambassador Simon-Michel said that the seminar showed that fully autonomous weapons systems are a complex issue requiring in-depth discussion. He said the CCW would be an interesting and useful venue for such a discussion and promised to consult with states ahead of the CCW meeting to be held in November 2013.

Photo: The ornate ceiling of the Council Chamber at the UN Palais des Nations in Geneva