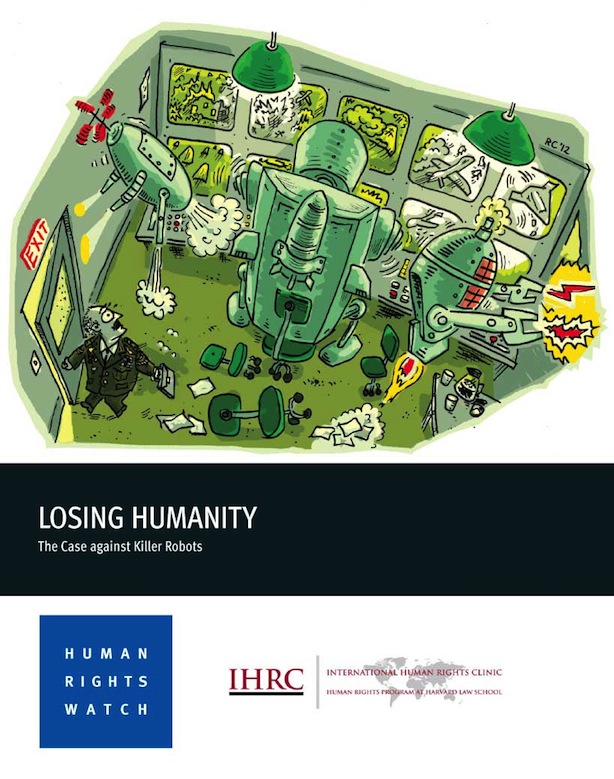 The 50-page report outlines the organization’s concerns with fully autonomous weapons, which would be able to choose and fire on targets without human intervention. Human Rights Watch warned that fully autonomous weapons would inherently lack human qualities that provide legal and non-legal checks on the killing of civilians. In addition, the obstacles to holding anyone accountable for harm caused by the weapons would weaken the law’s power to deter future violations.

Human Rights Watch called on governments to pre-emptively ban fully autonomous weapons because of the danger they pose to civilians in armed conflict.